Today’s readings in the liturgy of the Word use the same theme of the poor, not only the needy but above everything else, those who founded their security and hope in God.

The First Reading is taken from the Book of the Prophet Zephaniah (one of the twelve minor prophets) 2: 3; 3: 12-13. It introduces the poor as those who are repressed by the inequities of the powerful and by injustice, those who never loose hope, who seek the Lord with trust and rely only on Him.

The Second Reading, taken from the First Letter of St. Paul to the Corinthians 1:26-31. St. Paul highlights that God’s choices don’t follow human reckoning. God does not single out the strong but chooses the small ones, the poor. God chooses the weakest and those who have no value or power in the eyes of the world. St Paul says ‘that no human being might boast before God’ (1 Cor 1:29) and it seams clear, therefore, that ones material goods and talents do not come from power or human virtues but only and exclusively from the Lord. The world is permanently scandalized, and yet called to conversion, by the apparent illogicality of Divine logic. The mystery and drama of the Word made flesh, is the scandal that is the stumbling block that some Christians have not yet fully comprehended.

The Gospel reading is taken from the Gospel of St. Matthew 5:1-12a. At the end of the Gospel of the Beatitudes, the poor appear as the privileged ones in the discourse, the definitive, true protagonists in the story.

The first recipients of the Beatitudes are, in fact, the ‘poor in spirit’, an expression that indicates those who have their hearts and consciences directed intimately to Our Lord. They are the expression of the just who are tried by moments of suffering and difficulties. However, they are called ‘blessed’ and ‘happy’ because God’s merciful and compassionate gaze rests on them. These are the poor that the Bible text really refers to. The poor in the Bible are the humbled, the ‘anawîm’, who bear a burden on their shoulders. They are given God’s favor and because of this the Word identifies them as just, meek and humble. All kinds of attitudes are included in the eight beatitudes. This way the true significance of the ‘just poor’ is revealed; the ones who don’t confide mainly in themselves but in God. The poor are those who detach themselves concretely and interiorly from the possession of persons and things and above all of themselves. The poor don’t find security in the gods of this world like success, power or pride but the true Lord God in Heaven.

Thus, the poor, meek and humble become a scandal before the world because they witness that one can found our lives on God, with the same certainty of His constant presence and so they confirm the existence and works of God. Each one of us is invited to verify where our certainty rests and if our daily life and actions proclaim God’s efficacious presence in the world.

—From the Dicastery for the Clergy 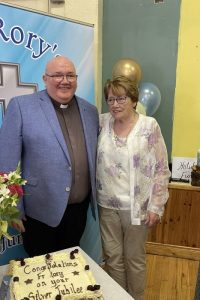 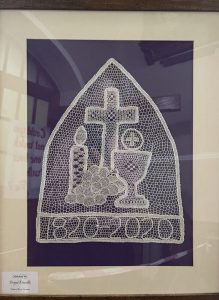